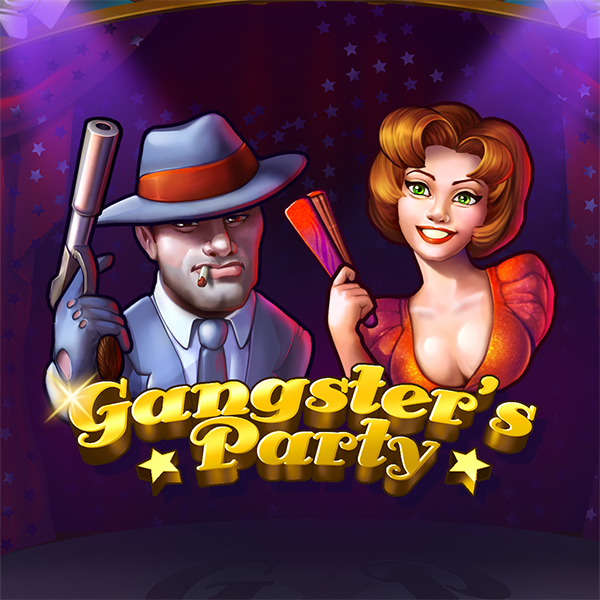 Malta: 25 March 2021 – Connective Games, the leading online poker and casino technology company, is inviting players to a private party held at a speakeasy frequented by gangsters in its latest slot release, Gangster’s Party.

The 5x3 reel, 20 payline video slot takes players to the shady, smoky underworld of a mobster’s drinking den where guns, cigars, wads of money, whiskey bottles and gangsters and their molls all drop onto the reels for plenty of big win potential.

If three Gold Coin symbols land, players receive eight Free Spins but they are also given the chance to Gamble their Free Spins. They could win up to 20 Free Spins, or they could see their number of Free Spins halved to just four.

The Free Games then play out with guaranteed Expanding Wilds and an increasing Multiplier applied to winnings.

Players that can hold their nerve also have the chance of buying the bonus feature. The Buy Feature sits at the top of the reels with a starting value. With every spin, Gold Coins can land on the reels and reduce the value by a random amount.

The longer players hold out, the lower the value they have to pay for the eight Free Spins. And just like when they are triggered during the base game, players are given the chance to Gamble their Free Games – they could win more, or they could win less.

Gangster’s Party has just gone live with Poker Match and has already become one of its most popular games of the year. It is now available to other operators in markets around the world.

Sergey Mukhanov, CEO of Connective Games, said: “Gangster’s Party is a striking slot game that immerses players in the dark and intense criminal underworld. Players that can hold their nerve can win big thanks to the Free Spins.

“Gangster’s Party has been live at Poker Match for several weeks now and we have seen a large number of players attend the party and walk away with plenty of cash. We now look forward to seeing the game launch with other operators in global markets.”